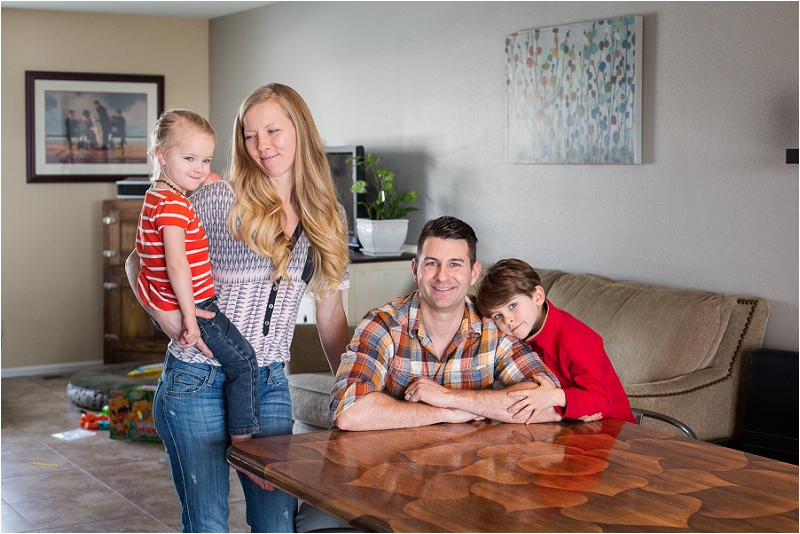 Walking into their home, I was welcomed by the smell of freshly baked chocolate chip cookies.  At my feet, a big black dog named Dutch wagged his tail, waiting to be petted. Their house boasts unique furniture pieces. I find out later they are both into antiques- Bill almost more than Breann! 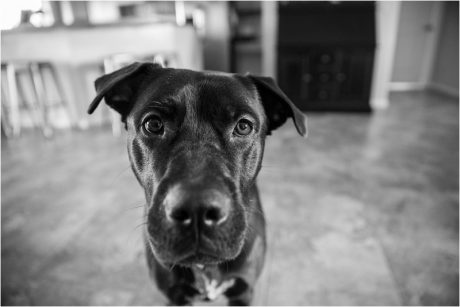 With squeals of delight, my kids were informed of something truly unique and amazing in their home: a bouncy house! They had cleared out their garage to make room for the ultimate kid toy! My kids ran out to play with their children Brody and Evelyn.

We settled into conversation around their dinning table with the whirl of the bouncy house air compressor and happy giggles in the background. From my chair, I notice a wall filled with pictures of the family hiking. They are avid hikers and bikers. Bill explains that little Brody is like a mountain goat. Hiking for up to 3 hours straight in the snow with his dad.

Just at this moment Evelyn, their 3 year old, takes full advantage of her parents being deep in conversation. She grabs a handful of cookies hoping to walk behind her mom unnoticed. Bill asks, “Are those for the other kids too?” Evelyn sheepishly grins, “Yes?…. Yes!” He has her put some back. We laugh.

It’s been an interesting journey that has lead the Glace family to the co-op. Breann moved around a lot growing up. Ping-ponging from Washington State to Michigan, and back again during her childhood; it was difficult to get a steady education through the public school system. After high school, she settled in Washington, taking a job at Costco.

On the other hand, Bill had lived in one town, in the same house, in the same area with extended family his entire life. He had loved public school. He thrived in his high school, participating in many activities and sports. After graduation he started his own business. He was a hard worker, employing himself at multiple jobs, including a position at Costco where Breann worked.

Evelyn comes in to sneak another cookie. And once again is caught red-handed. We laugh. Again.

Bill continues to recount their love story. He was eager to get to know Breann, which lead to him asking Breann for her number in front of her mom. Almost two years later on a cruise off of the coast of Mexico, Bill proposed. He had made sure to propose in front of the cruise photographer and captured her reaction!  After a two-year engagement they married in Las Vegas. No, it wasn’t an elopement! With so much family coming in from out of town, they decided Las Vegas would be a great destination for their wedding guests.

Two years after marriage they were blessed with Brody. And two years later with Evelyn. They seem to have a thing for 2s! When the kids were born, Breann surprised herself with having an attached parenting style. As the kids grew older she began contemplating homeschooling. She wanted to instill in her children something she lacked growing up: a love of learning. When she brought up this new idea of homeschooling to Bill, he was quick to question it. He had loved school. As he mulled it over he came to a new revelation: he had loved how fun school was. But is was not educational for him. His grades were poor, but he finished. College didn’t work out for him either. His real education happened on the streets with his work, doing well enough to buy his first home at the age of 21. After reflecting on his own success story he came to the conclusion that their children didn’t need a public education to be successful.

Evelyn tries to smuggle yet another cookie. This time Bill gets the plate of cookies and puts them out of reach. The cookie monster didn’t seem to mind. The cat-and-mouse game had been fun while it lasted. She ran off, back to the bouncy house.

Keeping the 2s theme, they moved to Wenatchee two years ago. It was a huge deal moving to Wenatchee. They knew no one. Although Breann’s personality lends itself to enjoying new people, seeing new places, and having new adventures; moving their children to a new town was a foreign emotion for her. Bill had applied for a manager position at Costco and had been offered the job! Their first day in Wenatchee was Bill’s first day at work. Breann was able to keep working a couple days a week, stocking at Costco -something she has done for 10 years.

Now that Brody is 6 and ready for school, it’s been an overwhelming feat to settle on what curriculum they will be using (Math U See to name one of them) and to ensure finishing the school year in the set time frame. Breann isn’t a scheduled, structured person. Over the past year she’s slowly getting her plan of attack together, writing out weekly goals- even though she doesn’t stick to them all the time. She’s an avid reader and is thankful to see Evelyn picking up that desire too.  She’s loved learning right along with Brody. Breann researched homeschooling in Wenatchee and found the CCHC website. Once Bill saw that fellow Costco worker, Denaye Smith, was a board member, it convinced them to try out this new thing called a co-op. They have jumped in with both feet, Bill lending his expertise in the Co-op Cafe. It is the ultimate cliche to say this next part was “music to my ears”, but I can’t think of better way to describe it. So there. I said it!

Bill stated “This co-op has brought to me a sense of support for our family that we can do it!”

Boom! This is it. This is the whole point of CCHC. To support each other in this crazy adventure of teaching our children. For this new family to Wenatchee, all of those who attend CCHC have done that for them.

We continued to talk for quite some time, hearing their ideas and dreams for the future of the co-op. I may have overstayed my welcome as our one hour meeting turned into three but I am thankful I had the opportunity to have a long conversation with them. I hope you too can get to know them like I was able to! I am so excited to have this family be a part of our homeschooling community! 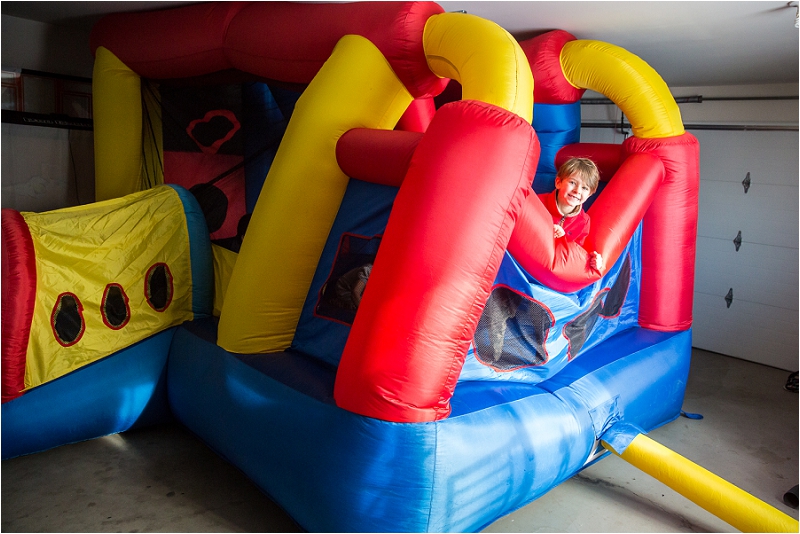 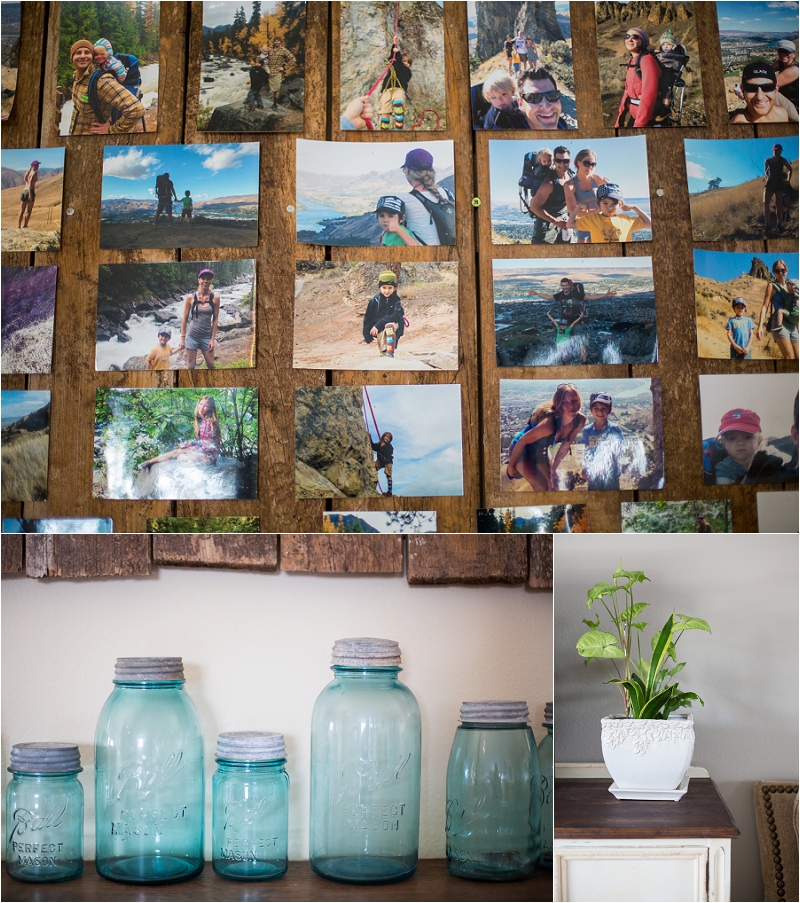 Brody has many treasures he has found on their hikes! 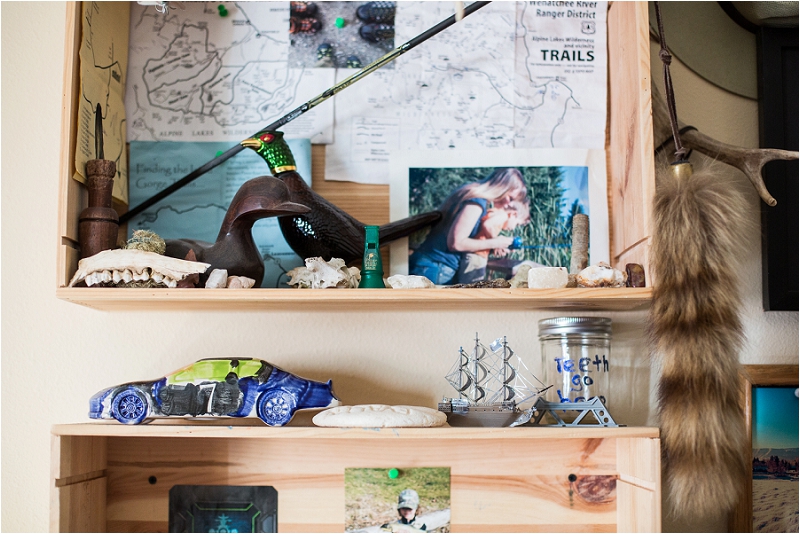